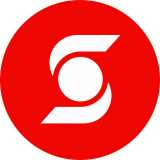 By using Bestmortgagerates4u.ca’s comparison chart, you will be able to compare other banks, brokerages, and lenders against Scotiabank to make sure that you will get the most affordable mortgage rate for your home.

In addition to the standard fixed and variable mortgages, Scotiabank has a range of specialty mortgage products that are addressed in more detail below. Save Now, Save Later Mortgage from Scotiabank is a limited time offer to lock into a reasonable mortgage rate now and save with a guaranteed rate discount later.

The Long and Short Mortgage allows you to take advantage of short-term low-interest rates while shielding you from rising long-term interest rates. Under the Scotia Total Equity Plan, the Long and Short Mortgage provides a mortgage split with one portion of the sum reset each month as the Scotiabank Prime Rate shifts, and one portion of the amount at a fixed rate for each month.

Furthermore, Scotiabank provides the StartRight Mortgage Program to temporary residents and new permanent residents in Canada. This program is explicitly designed to meet the mortgage requirements of obtaining a first home in Canada.

The rule does not apply to fixed mortgage rates. When you accept a fixed-rate mortgage, the mortgage rate will not adjust over the entire term. In the event rates go up, this mitigates your risk because your rate will not increase. When rates go down though, you will not reap the added benefit. Fixed rates are better if you think mortgage rates are going to increase, or if you want security in knowing exactly what you’re going to be paying regardless of what’s going on in the market.

The most common period for a mortgage term is a 5-year mortgage term, which typically makes up around 66% of all mortgages. It sits right in the middle of most accessible lengths of mortgage terms, between 1 and 10 years, and thus represents a risk-neutral average of its popularity.

The prime rate is known as the typical lending rate that Canada’s banks and financial institutions use to set the interest rates for variable lines of credit, loans, and mortgage. The prime rate for Scotiabank is currently sitting at 3.95%.

Some exceptions to this law have been made. When the BoC lowered interest rates by 25 bps, Scotiabank only decided to lower their prime rate by 15bps, and so did many other big banks in Canada. Even though it’s not usual for a bank to change its prime rate independent of BoC interest rates, these adjustments are known to happen at any given time.

Whenever the mortgage rate is’ fixed,’ it means the rate (%) is set for the term’s duration, whereas with a variable mortgage rate, the rate has the ability to increase or decrease with the market interest rate, and this is also known as the’ prime rate.’ An example of this is that if the 5-year fixed mortgage rate is at 4%, then throughout the mortgage period you will pay 4% interest.
An interesting detail of the 5-year fixed mortgage rate is that all lenders have to follow their approval standards even if when they choose a lower interest rate mortgage with a shorter term. This benchmark is used not only to reduce the lender’s risk but also to give some room to maneuver to the borrower.

An analysis of mortgage terms reveals that a further 8% of mortgages have terms exceeding five years, while 26% of mortgages have shorter terms, including 6% of one year or less and 20% with terms varying from one year to less than four years. Fixed rates are known to be the most prevalent, accounting for 66% of total mortgages. In terms of age dispersion, fixed-rate mortgages for younger age groups are slightly more common, and older age groups are more likely to side with the variable-rate mortgages.